As Toshiba Africa, we have a strong commitment to corporate social responsibility in Africa. Our global group philosophy emphasizes the respect for people, the creation of new value, and the contribution to the societies in which we operate.


Toshiba Group’s basic commitment is, “Committed to People, Committed to the Future. TOSHIBA.”. This expresses the essence of our corporate philosophy. We recognize that it is our corporate responsibility (CSR) to put our philosophy into practice in all of our day-to-day business activities. In doing so, we as the Toshiba Group, are able to show that we offer the highest priority to human life, to safety, and to compliance. As a part of Toshiba Group, Toshiba Africa continues to be involved in local South African communities through various activities and support other African initiatives too.

What is corporate social responsibility?

Corporate social interest or responsibility is when organisations engage in social and environmental concerns in their business and interact with their various stakeholders and communities. With our grounded in this Basic Commitment of the Toshiba Group and the Standards of Conduct for Toshiba Group, Toshiba believe that the steady practice of CSR is the way to build a sustainable society, and the core of CSR management.

What are Toshiba Africa’s CSR initiatives?

As Toshiba Africa, we stand firm under the Toshiba Group’s banner of improving the lives of people around the world through our technology and services. We’ve taken on several corporate responsibility initiatives throughout Africa, including;

LEAP runs independent schools that provide fee-free education for some of South Africa’s most marginalized communities. It’s a good fit for Toshiba, a strong proponent of science and math education, and Toshiba Africa has worked with LEAP-3 for residents of Alexandra since 2017.

Toshiba Africa have donated to LEAP-3 for their school facility, books for their library and science kits to learn renewable energy. Toshiba Africa employees also hold energy and environmental workshop for students to explain about different power generation systems and facilitate discussion about relationship between environment and energy.

The Carpenter’s Shop provides short-term rehabilitation services, training and accommodation to people in need so that they can re-integrate into society. It is committed to providing academically disadvantaged people with skills for entry-level jobs, so that they can gain independence in their lives. Toshiba helped set up facilities for their new adult computer training course in 2014 as part of our socially responsible activities.

Toshiba Africa created T-shirts to donate to Kuyasa’s Soup Kitchen in Tembisa, Johannesburg as part of Toshiba Group’s Simultaneous Social Contribution 2014. Kuyasa’s Soup Kitchen provides cooked food to unemployed, elderly and HIV positive people in the community. We hope the T-shirts will increase awareness about their activity in the community so that more people will get involved in their activities.

Save the Children, Tanzania

The Toshiba Group supports this early childhood development project in the Shinyanga area of Tanzania. Since 2014, the Toshiba Group has donated a total of 10 million Yen to the project which has been used to build and operate ten community childcare facilities in Tanzania. These community childcare facilities foster caring, educational environments that support the upbringing of 1000 children, and provide meals that help improve nutritional standards 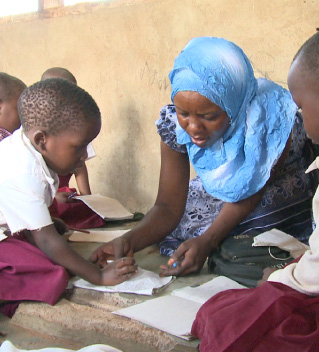 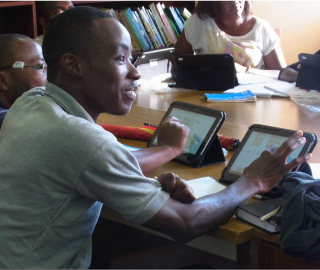 Toshiba Corporation donated 12 Toshiba AT300 tablets to the Language Centre at the University of Zambia in Lusaka. This has expanded the centre’s capacity to teach foreign languages to its students, with a focus on its Japanese language course run in association with Hokkaido University in Japan. We were happy to support this programme as it fosters more positive relationships by bridging communication gaps through the learning of languages.

In 2015, Malawi was facing the worst flood disaster in the history of its existence. A combination of continuous rain and Cyclone Bansi, resulted in 15 of the 28 national districts being declared disaster zones. The areas affected were predominantly in the Shire Valley and in the south. In response to this disaster, Toshiba Africa donated to Gift of the Givers South Africa, who supplied basic goods to those affected by the flood. 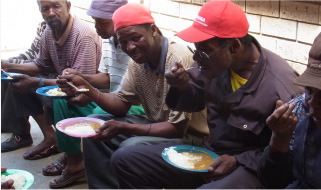 How does CSR help Toshiba Africa?

By helping the societies in which Toshiba Africa operates, we benefit as well. Our philosophy is to offer state-of-the-art products and services that improve the lives of the people that use them. We also believe that the social responsibility of business is to assist and uplift the communities that are in need in every territory we operate in.

Toshiba, we turn on the promise of a new day.