On the 1st of December 2021, Toshiba employee volunteers paid LEAP (Langa Education Assistance Program) school 3 in Alexandra, Johannesburg a visit, where there were exciting energy and environmental educational activities that took place in order to educate the Grade 9 and 10 students. The learners were not only taught about the various sources of electricity but also engaged in activities that allowed them to generate electricity by themselves and discuss about environmental impact of different power generations. 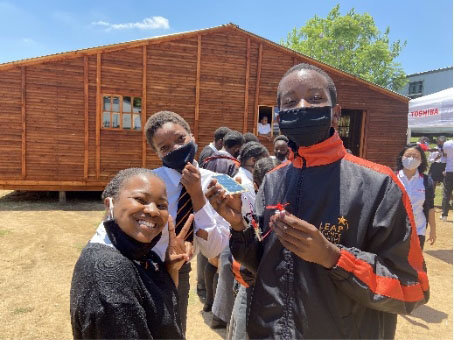 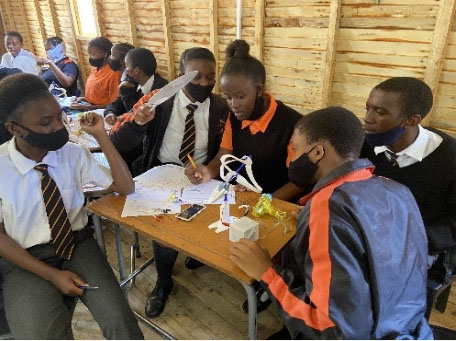 For Solar Power, the leaners were instructed to go outside with a solar panel and connect a propeller spinner to the solar panel and watch it spin the more sunlight it acquires.

The second activity was to display wind power and the learners were instructed to spin a windmill and use a hand fan to get the windmill to move, the more wind that was produced the faster the windmill rotor moved.

The third task was to demonstrate the production of electricity using water, Hydro power generation. There learners witnessed water being poured into a tube that connects to a turbine and as the water went through, the turbine moved and electricity was being produced. The final activity was to exemplify the generation of electricity through heat. To grasp the concept of thermal power, the learners watched steam being produced in a cylinder and the steam hitting the blades of a turbine to generate electricity. 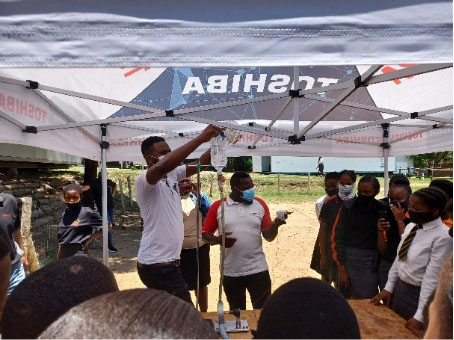 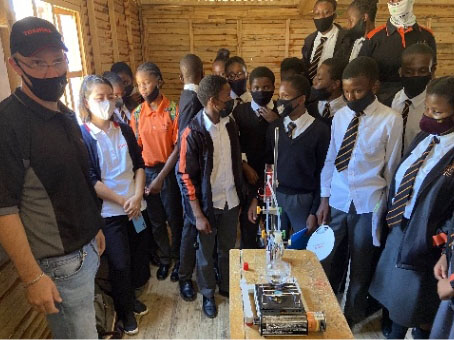 After learning characteristics of the various energy generation methods, they were given tasks to consider about the crisis the world has at hand, global warming and climate change. Toshiba employees demonstrated the connection between electricity generation and global warming by explaining thermal energy generation emit large quantity of carbon dioxide and discussed importance of choosing good energy mix to be environmentally friendly.

As energy technology provider and a member of global society recognising importance of sustainability, Toshiba is contributing to the UN Sustainable Development Goals bringing about affordable and renewable energy as well as prioritising climate action.

Through this educational program Toshiba encouraged the learners to not only enjoy convenient electrified lifestyle but also increase environmental awareness and become involved in creating a sustainable world.
The visit was a success and the learners were able to thoroughly engage and co-operate throughout the lesson and the activities. The learners enjoyed the lesson and the class representative expressed gratitude for the insightful and convivial lesson about Electricity.