Toshiba launched the railway system business in 1899. Since then, Toshiba, has been a top locomotive manufacturer, producing diesel trains, electric trains, and rail infrastructure. In Africa, since we started supply of diesel locomotives to Zambia and Zaire, we have supplied over 300 electric locomotives for South Africa and Morocco, while also supplying over 1,500 sets of electrical equipment for EMU in Egypt.

Toshiba has been working to improve on every requirement of railway transportation such as environment adaptation, safety, punctuality, comfort, and reliability. Toshiba brings advanced technologies for rolling stock systems, power supply systems, and information systems on a global scale. 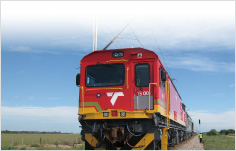 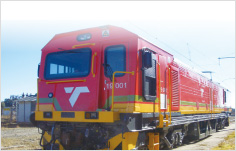 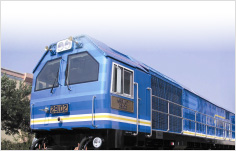 What is a railway system?

A railway system is a mode of transport using trains and locomotives to transport people and goods to and from a variety of places across land. Trains can either be diesel, electric or diesel-electric powered machines that move along a track system. It is a highly technical service that requires the help of professional railway system engineering designers and manufacturers like the Toshiba Group.

For more information on how Toshiba Africa can assist your business with our forward-thinking railway systems technology and designs in both South Africa and Africa as a whole, contact us at Toshiba Africa today.

Toshiba, we turn on the promise of a new day.